Joe Hockey---- HE HAS SIGHTS ON MEDICARE

Joe Hockey hasn't mentioned almost a billion dollars given to News Ltd because it's embarrassing.
Now he wants to put his claws into Medicare
Remember Joe we all pay for Medicare its not free!

After putting a wall around Medicare before the election we now have Hockey telling us Medicare is unsustainable.

We all know that the Coalition doesn't like Medicare because it doesn't fit their ideology of free market economic rationalism but Medicare has been and still is a great system. Governments around the the world look at our system because it is successful.

The Coalition should first look at the subsidies given to people to who could easily afford to have private health cover before hitting those who can least afford it. If the money saved was injected into Medicare it would make a hell of a difference.

I suppose the next cab of the rank will be Pharmaceutical Benefits, mind you, the well off are doing pretty well under that scheme as well due to generous means testing.


HANDS OF MEDICARE OR YOU WILL BE A ONE TERM GOVERNMENT 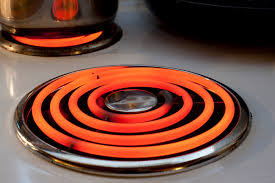