Minister Morrison is not competent, he covers his arse before he has facts.

Minister Morrison is incompetent, he can't even covers his arse properly.


In a statement issued on Saturday night, Mr Morrison admitted that much of the information he had given to the Australian public since Monday's riot was now in doubt.(Another Morrison foot in mouth problem, going of half cocked again)

During the week, Mr Morrison had claimed that the 23-year-old Iranian man killed on Monday night, Reza Berati, had been outside the centre when he died.

People decided to protest in a very violent way and to take themselves outside the centre and place themselves at great risk," the minister said on Tuesday.

Then in the Saturday night statement, Mr Morrison said he had new information that cast further doubt on that claim.

"The precise nature of these events are the subject of the review and police investigation that has been initiated," he said.

"It will be the task of that review and the police (PNG police) investigation to determine the facts of this incident."(So PNG police will be investigating themselves?)

He added that he had tried to update the public as information became available. (In other words when he knew he couldn’t cover it up)

But he wouldn’t  say whether G4S, the security company contracted to run the detention centre, had provided his office with information that suggested the incident had taken place outside the centre.

"I'm not going into the source," he said. (In other words yes, they probably did tell him just that)

He declined to comment on whether he believed that Mr Berati was necessarily behaving in a "riotous" manner, or what the behaviour of G4S staff were at the time of the incident.

"I'm not going to speculate," he said.

Mr Morrison said he had faith in the PNG justice system and would not comment on whether it was appropriate to have allowed G4S guards to watch over Mr Berati's body despite also potentially being subjects of an investigation.

Mr Morrison said the government was in CONTROL of the Manus Island centre. Ha,Ha!

When asked about whether Australia's international standing had been damaged by images of the riot and disorder, he said: "I have a very clear task and that is to stop the people smuggling trade coming to Australia," he said.(That was not the answer to the question)

He also said "[Asylum seeker deaths at sea] were as tragic as the death I had to report earlier this week."

Mr Morrison are you trying to tell us that once in our care its their own fault if they are murdered.

"Blaming the victims of this tragedy is cowardice"

Mr Morrison is now saying  the security company would be off the island within a week, when its contract expired and will be replaced by Transfield. 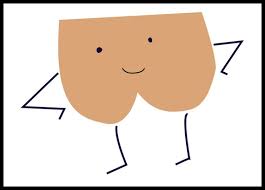 Covering your arse only works when you check the facts.