Why, because they hate the ABC and want to remove it altogether and the Coalition would like to do just that. Together they would like us to only see their view of the world without interference from any other views.

Now this week saw the jaw-dropping revelation, reported in the Australian Financial Review, that the single largest factor in the deterioration of the federal budget announced in December was “a cash payout of almost $900m to Rupert Murdoch’s News Corporation” by the Australian Tax Office.

News Corp’s windfall was the result of years of creative paper transactions which allowed them to bill the Australian taxpayer for a “loss” recorded against a high Australian dollar.

This is the same News Corporation that cited the former federal Labor government’s “spending profligacy” as the reason to “kick this mob out” with stupendous lack of self-awareness during the election campaign.


It will not surprise you to learn that the culture of entitlement at News Corp runs far deeper than merely costing the Australian taxpayer $882m – and how the Coalition are presently facilitating Murdoch’s habit of business practise somewhat contradicts Hockey’s blustering declamations against entitlement.
Consider, if you will, the Coalition’s very public concession to Murdoch press claims against the ABC. News Corp’s consistent campaign against the government broadcaster on the (disproven) grounds of its “bias” has been running for months.
Have heard any comments from the current Minister supporting the ABC, no we haven't and neither will we because it suits the Coalition.
Now what, we are going to take a hard look at funding says the Minister, oh yes and by the way we may do away with overseas broadcasting.(this is the one Murdock lost) Is this payback for News's blind support in the last election? 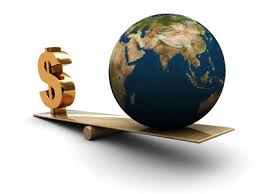