No developed economy has ever tried to thrive without an industrial base. How can we?

The Australian disease has entered its terminal phase

PHOTO: (AAP: Joe Castro)
Australia consciously chose economic goals that left manufacturers in the cold, and with auto makers exiting and the mining boom ending, the chickens are coming home to roost, writes David Llewellyn-Smith.
It's official: Australia's car assembly industry is dead, with Toyota last night announcing that it will cease local operations in 2017, citing high costs, the elevated Australian dollar, and increasing competition from free trade agreements.
With the announced closure there will be 2,500 job losses from Toyota's assembly plant, which comes alongside the 1,200 job losses at Ford and 2,900 job losses at Holden by 2017. Total job losses across the economy will be much greater, however, with tens of thousands of job losses likely across component makers, let alone those indirectly reliant on the industry. Some estimate as many as 200,000 jobs are now in jeopardy.
For right wing dries who worship the holy dollar, they couldn't care less.
For workers and Australians in general they are worried, is this the Australia we want to live in, a country that can't make anything anymore. 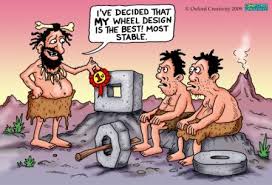