No to Human Rights on Nauru. Commission blocked by idiotic ruling of government. Are they frightened of something?

Minister Scott Morrison who always shoots from the hip has done it again.

This time he's bullying the President of the Human Rights Commission.

Yes it's true the Abbott government has blocked a bid by the president of the Australian Human Rights Commission, Gillian Triggs, to visit child asylum seekers sent to Nauru under its ''stop the boats'' policy.

Immigration Minister Scott Morrison wrote to Professor Triggs late last month denying her request to visit the island detention centre on the grounds that the commission's jurisdiction did not extend beyond Australia's borders.
Is this Tony's idea of open and transparent government,no this reminds me of a certain time in Germany when the government hid the truth from the people. If we are not allowed to know anything we'll have to guess that there is something to hide.

Gillian Triggs. Photo: Tara Ward
Professor Triggs had hoped the visit would inform an inquiry into the detention of more than 1000 children in mainland detention centres and on Christmas Island.

A report is due out in nine months.
Advertisement

Non-government human rights bodies have been able to visit the detention centres on Nauru and Manus Island, however if Professor Triggs as the president of the commission  it would be more difficult for the government to deflect human rights concerns if they were expressed by the Australian statutory body with a mandate to protect human rights.

''The minister is simply refusing to allow me to go as president but, as you'd expect in a democracy, I'm welcome to go as a private citizen,'' Professor Triggs said. ''

This means there would be no point because she couldn't then use her experience as a private citizen inform her as the president of the commission.'' 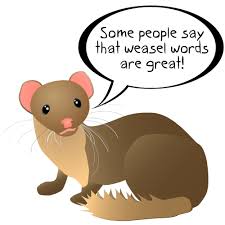