We're not people just consumers, things that buy things that's what we are!! 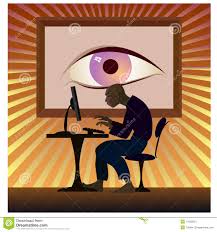 He's looking at you from billboards and he knows your age, sex and a lot more too. Should we be worried?
Any fears you might have that Big Brother is watching you can now be officially confirmed. Come March, YES IT'S THIS MARCH HE WILL BE.
Next month the advertising industry will be employing new technology known as Anonymous Biometric and Objects Data Sensors (ABODS). Put simply, sensor cameras are placed behind or close to the screen frame of a digital billboard, biometrically sizing you up as you walk past.
ABODS can tell age, gender and colour and also the number of people in front of a digital screen.
It will be able to tell your age range, sex and the colour of your clothes. Armed with this information, it will throw the ads at you that best fit your demographic, YOU'LL BE BOMBARDED WITH EVERY CONCEIVABLE AD THEY THINK YOUR SUSCEPTIBLE TO.
If an advertiser wants to target a 20-something female, the first suitable passer-by will be served up an appropriately aligned ad. ABODS has already been trialled in a Melbourne shopping centre and deemed a success.
Yes isn't technology wonderful
it's good to know that it is being put to good use, good use, good use?