Greece: The government in Greece is seriously thinking of selling or leasing their ancient monuments such as the Panathenaic Stadium, The Acropolis among many others  because the economy needs an injection of funds.

Why does this stir my brain and bring to mind Australia, well we are being told that the economy is in bad shape and with the present government looking for ways to bring in extra revenue, the Greek initiative might seem attractive.


What could we sell or lease and rename, mmm, there's The Opera House(KFC House), Uluru(Wendy's Wonder), Parliament House(Flick House),The High Court(Heinz means beans) and National Library(The Google) and many more.

Of course we could sell of or outsource and rename many government departments such as Defence(Angry Birds in action), Health(The Expendables), Centre Link(The Hunger games) and Treasury(Monopoly).

I know, you've read this and think I'm on another planet, well I just have to admit that following politics in Australia does remind me of Krypton which was my home planet, that's why I left. 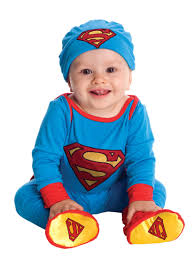