Is the Liquor industry the body now advising the government.


An organisation that has been advising Australian governments on alcohol and drug policy for almost half a century shut its doors on Friday.
This is The Alcohol and Other Drugs Council of Australia, which has operated since 1966.

It has been placed in voluntary administration in November after Assistant Health Minister Fiona Nash decided it would receive no further funding.

Senator Nash admits that she had refused requests to meet with the chief executive or the board of the council.

Open government is obviously something that Senator Nash has never heard of.

Her then chief of staff Alastair Furnival was the given the job of breaking the news to the organisation, I'm surprised she didn't just email them.

Mr Furnival must have enjoyed delivering this news when we take into account his past history.

This is the same Mr Furnival who resigned two weeks ago following revelations about his role in taking down a healthy food rating website and his co-ownership of a company that had lobbied for the junk food industry and the company that had also performed work for the liquor industry as recently as 2012.

Advertisement
Meanwhile the Senator also refused to meet with state and territory alcohol and drug organisations about the funding decision.

It appears that a minister responsible for alcohol seems to be taking policy decisions without talking with any of the key groups.

Senator Nash said she thought the service could be ''accommodated'' elsewhere, however she has no idea where.

The resource library, which is owned by the Health Department, will remain in the council's old building in an inner suburb of Canberra, but will not be accessible.

Guess what, once again we have the Coalition Senator Nash this week blaming the former Gillard government.

You've heard the saying shooting ones self in the foot, well this government can't even shoot straight enough to hit their foot, that's why they are shooting both feet at once.

They are stopping people from helping others and that is costing mega bucks in productivity, working days lost and a huge cost in health care for the sake of a piddling amount of supposed savings. 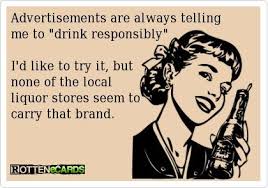