KILL CANBERRA, WHY NOT


KILL CANBERRA, WHY NOT?

They came they saw and they conquered, yep The Commission of Audit rode into town and they didn’t like what they saw, they new that people in Australia didn’t like Canberra.(Everything bad comes from there)
They Know that Canberra is strong Labor area so it would not hurt the Coalition at the ballot box if it got a great big kick up the arse.

To this end they invented a very large boot that could be aimed directly at Canberra’s rump. The public service, what a great target, no one cares how it hurts Canberra or its economy (because everything bad comes from Canberra)

The Commission of Audit was given a task, to be adventurous and inventive provided their ideas conformed to the Coalition’s ideology, in other words it wasn’t a true commission of audit.

Now let’s see what some of their recommendations were:-
Lowering the minimum wage
The Commission of Audit wants Medicare, pension and family payments to be run by private companies for profit.
Remove up to 15,000 more people from the public service than was expected.They live in Canberra,who cares)

These are but a few of their recommendations, anyone going through the report could easily have written something similar provided they followed the Coalition’s ideology. This is not a report written by experts it was written by an ideology.


Is all this baloney news, not really, it gives us all something to write about or whinge about but is it news, never, the next change of government will see it all happen again....Ho,Hum.
Common sense 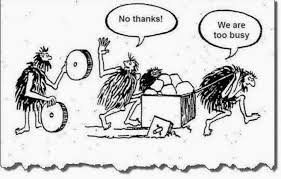