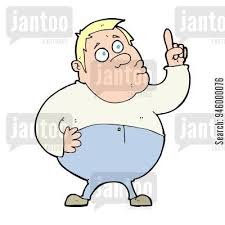 I SAY, I SAY, I'M FAT AND HAPPY BECAUSE YOU LOT HAVE TO GO.

Defence Minister David Johnston is still saying 1200 public servants will be made redundant from the Defence Department even though his government's own portfolio budget statements say it will be almost double this number.

This is while Prime Minister Tony Abbott and Treasurer Joe Hockey try with great difficulty to sell the brutal financial plan to the nation.
The budget will reduce defence staff numbers by almost 2300 over five years, according to the portfolio budget statements.

It seems as though no one in the government really know what's written in the budget or the are deliberately not telling us.