Australia could learn from the mother country(UK)

Listen to this idea!
We've all seen or known public servants who have had a pay off and within months have rehired on contract to another government department than the one that sacked them! Why hire them on contract, well it seems that they are not considered in the staff numbers ,soo, ministers can say they are meeting staff cut targets.

Will this Coalition in Australia follow the UK lead or continue to play the games with job cuts as all previous governments have done.

Coalition will claw back entire payoff of any public employee who gets job in same sector within a year
Redundancy payments will be recouped from anyone earning more than £100,000 a year if they go back into a similar role within 12 months of leaving their job.
The announcement will be made in the Queen's speech this week. In the NHS between 2010 and 2013, out of 19,000 redundancies of NHS staff, 17% had been rehired by the NHS and 13% of these within a year.
An Audit Commission report into local government in 2010 found that, of 37 chief executives who left by mutual agreement between January 2007 and September 2009, 16% had been employed by another council within 12 months.
The threshold for full repayment would be an annual salary of more than £100,000; below this, repayments would be tapered. The intention is that someone earning £90,000 would be expected to repay a higher proportion of their redundancy package than someone earning £80,000.
All parts of the public sector will be included except the armed forces, national museums and some majority-state-owned financial institutions.
Nicky Morgan MP, the financial secretary to the Treasury, said: "We must end the revolving door where highly-paid public sector workers can leave with redundancy only to rejoin a short while later. We must make sure hard-earned taxpayers' money is not being squandered." 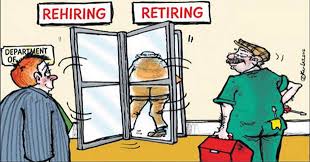