Latest news from the UK;-
Politicians comments straight from Humphrey 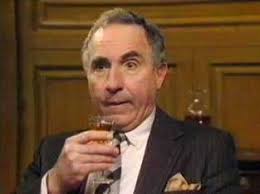 Potholes? They're the sign of a strong economy, so says a UK transport minister because more people are using their car to get to work
You and I might think  potholes are a bad thing – but no they're not, the roads minister has claimed they are actually the sign of a booming economy.
These craters are being caused by the recovery, as more people get jobs and use their cars to get to work. Streets are suffering more wear and tear as consumer spending rises – causing an increase in the number of delivery drivers on the roads.


It couldn't be caused by lack of funds! Could it?
No it's probably the last governments fault?
Well it could be caused by, dare I say Neglect? 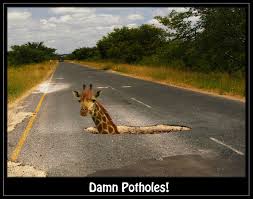