Australians dead in Ukraine. Putin's gift of sophisticated ground to air missiles to untrained rebel military in the Ukraine has back fired and killed the innocent!

Rebels shoot down civilian aircraft.
Don't give children gown-up toys
Shooting a civilian plane down in an international air corridor is unforgivable, however if you give these sort of  toys to very angry delinquent children what can you expect.

I would be amazed if the rebels were even aware that there was an international air corridor, perhaps they were given these toys with just enough the basic training to launch them.

They are very angry people and seeing a plane any plane was enough for them, it could have been a plane from any country including Russia, they acted because anything in the air according to their warped logic was an enemy.

If these are indeed Mr Putin's gifts as most observers believe then he must take some of the blame for this tragedy.

Russia has egged the rebels on for months and given them support, now they must realize that they have lost any control they may have had over this group.

Russia's name has been badly tarnished by this outrageous act and Putin has egg all over his face. The only way Russia can save face is to distance it's self completely from this group. 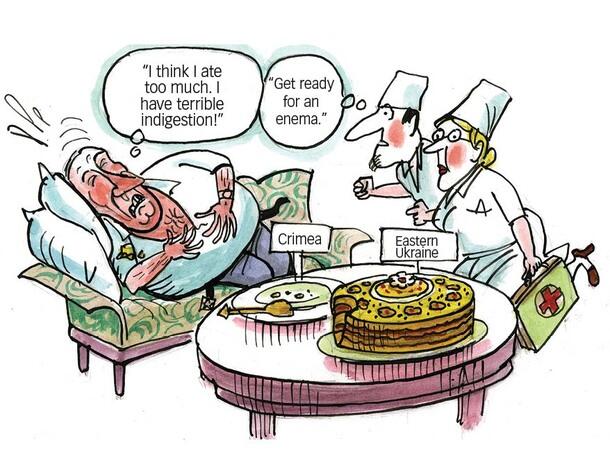 EASTERN UKRAINE IS JUST TO MUCH VLADAMIR