Clive Palmer is no novice when it comes to cooking. 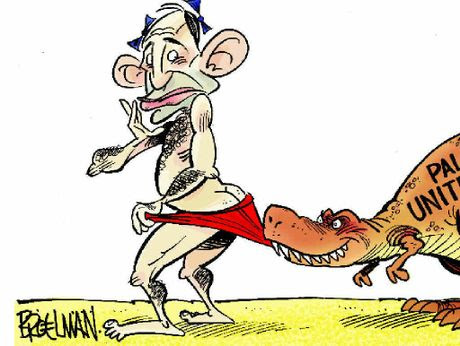 This guy is serious!

Clive Palmer was instrumental in the split of the South Australian conservatives in the 1970s.
He was active in the Liberal Movement headed by former Premier of South Australia Steele Hall.
Palmer joined the Queensland division of the National Party of Australia in 1974.
From the early 1980s onwards, he was involved in state politics, serving as the National Party's campaign director during the 1983 state election and as media spokesman during its 1986 election campaign, which they won.
Clive Palmer was a supporter of the "Joh for Canberra" campaign, which unsuccessfully attempted to get Bjelke-Petersen elected as Prime Minister of Australia.
In 2012, Palmer announced that he was to contest Liberal National Party preselection for the Division of Lilley at the 2013 federal election.Wayne Swans seat
Several months after announcing his intent to seek preselection, Palmer resigned his life membership of the Liberal National Party. His membership was suspended on 9 November, following comments on the actions of state government ministers.
He was re-instated to the party on 22 November, but resigned the same day.
2013, he established the Palmer United Party and contested the federal election. Palmer won the Queensland seat of Fairfax in theAustralian House of Representatives.
Now the saga continues, this guy is no flash in the pan, if Master Chef had a political category he'd win an immunity pin, its obvious he can cook up a different tasting type of politics.
at July 08, 2014