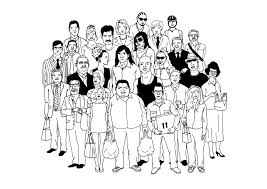 A recent court case in the US of A ruled that indeed corporations have human rights, is this the start of the slippery slope.
A small step for man, a giant step for mankind.
The domination of governments by multinational corporations. Surprise,surprise!


The case is made that in analyzing corporations as individuals, they are found to be profoundly pathological! Is this a surprise to anyone, no.
There seems to be the ultimate of alienation going on, where an inanimate process which will be called a being (the corporation) is to be called an individual, with all that implies, namely awareness.
Saying so doesn't make it so even though a court has said so. Corporations have been found to be profoundly pathological that is without feelings.
Don't forget that the .01 percent of the population in America have already bought off or stolen our representative democracy. They are becoming the permanent owners.
Politician are mere pawns on the chess boards that are owned by them.
Rarely have The People, the 99%, had all that much power. Capital is running riot and it is wrenching some of the last profits from our environment.
Its also making major inroads in destroying what we call our way of life, we have become so dependent on these juggernauts that they now dictate what our way of life is, its no longer our decision. We are becoming more like remnants of the last intelligent life on this planet.
We must have, and live the way they dictate, to feed the great machines of greed they have become, now we are giving them the same if not more than our human rights.
They have sold us the emperor's clothes and we haven't even noticed.
at July 08, 2014