Judge Goldstone backtracks on his own report. He now sounds like an Israeli mouthpiece! 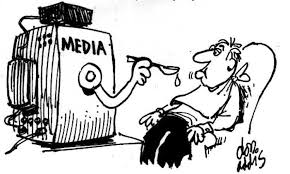 There is nothing angelic or saint like about Hamas or Israel in this present one sided conflict.


The Goldstone Report: Israeli's who are rejoicing over Goldstone's denial of Isreali wrongdoings is after he agreed with the original report have not bothered to read the UN reports.
In the worst case, they have read the reports and have chosen to keep them out of the public eye.
UN reports state that despite 36 Israel Defense Forces investigations of the grave incidents mentioned in the Goldstone report, only one indictment has been filed.
Also, both reports reach the conclusion that "given the seriousness of the allegations, the military investigations thus far appear to have produced very little."
For example, the UN team of experts expresses special concern with regard to an incident of using Palestinian children for purposes of checking suspicious objects.
Statements from the committee that they make with regret, say the investigations have gone on very slowly and without transparency for two years, which "could seriously impair their effectiveness and, therefore, the prospects of ultimately achieving accountability and justice.
It seems we can attack Hamas for their wrong doings all we like but cannot say anything about Israel because we will be called Jew haters.