Journalists be aware and beware! 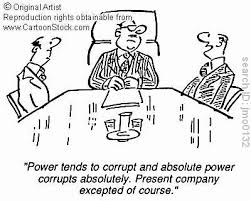 There is no argument that in the name of national security we need tools that allow us to stop terrorist acts occurring in Australia however there is always a danger that these powers could be abused.

Generally in Australia we have had good government but we have to be careful what powers we give them.

For instance a government that is bent on remaining in power(would they ever do that) can know who a journalist is in contact with or who they have been in contact with and when. Be they whistle blower, public servant or a member of their party.

A government can know every contact you make and can glean from that what possible story you are working on.

So we are told this is only meta data, only basic information, journalists above all know that so called basic information is the most valuable, its the first step along the path to a good story.

The reforms have already sparked fears among some parliamentarians of an invasion of personal privacy from laws that would force Internet providers and phone companies to keep every record of a customer’s phone and web use for at least two years.

The powers that be will know who you contact, when and where they are and where you are, so my advice to journalists......is use a carrier pigeon or snail mail.
"Senators warn against giving more money and power to national ­security agencies"
at August 06, 2014