Political Truth: No, it's only a deliberate illusion 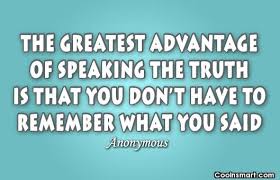 Excerpts from: Dee Madigan's Article in The Guardian

Guess what laws are in place to ensure that politicians tell the truth when advertising during an election campaign.

Does the content of political advertising have to be factually correct?  No there are NONE.

That's right there are currently no legal requirements for election advertising to tell the truth.

It does get raised from time to time. In fact, in 1984 a regulation was brought in:

A person shall not, during the relevant period in relation to an election under this Act, print, publish, or distribute, or cause, permit or authorise to be printed, published or distributed, any electoral advertisement containing a statement:
1. That is untrue; and
2. That is, or is likely to be, misleading or deceptive.


After a trial it was decided to have a committee formed to again look at the regulations.


This regulation was dropped six months later when the Committee found it just too hard to understand. They came up with the following reasons and they sound like a line from "Yes Minister".

Political advertising involves concepts, ideas, policies and images (often contested by the opposing parties) which cannot be subjected to a test of truth.
Truth itself being inherently difficult to define.
It was also concerned that decisions as to whether a political statement is “true” would necessarily involve a political judgement, based upon political premises, which an impartial body would be poorly placed to adjudicate in.
The result, that political advertising is more than likely to be a lie passing for the truth just enough to fool the electors.

So when we have politician saying that they took certain a policy to an election it not only bends the truth, it is often an outright lie.
at August 15, 2014

Email ThisBlogThis!Share to TwitterShare to FacebookShare to Pinterest
Labels: Politics, The Truth