Canberra: Will we follow Brisbane and pay to use our parks?

This is a tax no matter how it looks! 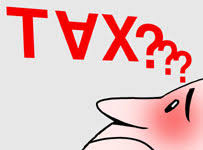 Brisbane City Council: They want to take your money if you use parks for recreation?(Perhaps taxing breathing will be next)

Brisbane residents to pay to gather in large groups


Fines of up to $5500 could be levied on large groups of people who do not purchase a permit to gather in Brisbane's parkes and public outdoor spaces.

The new proposal from City Hall suggests that  groups of more than 50 who want to use any of the city's parks or open spaces will have to pay more than $300 in advance for a permit or risk being fined.

This would mean that large children's birthday parties, impromptu sports games and small community events would suffer from having to pay to use free public land or pay a large fine.

Apparently more and more people are using our open spaces and parks and that's putting more pressure on them.
Surely the fact that the parks are used by many and so often is a good thing, so why charge people.

Opposition councillors and independent councillor Nicole Johnston attacked the move as tying park use up in unnecessary red tape.
"Why on earth should a local neighbourhood watch group with a barbecue have to go and pay hundreds of dollars for a permit? It is not practical, it's silly , just adding red tape and making people get permits for basic activities is wrong."