OUR AUSTRALIAN WARRIORS Deserve better than a 1.5 per cent pay rise spread over 3 years. 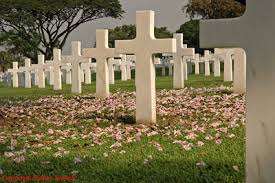 While the Abbott gov't bathes in the glory of another war they
are denying the forces a salary to keep pace with inflation.
"TOTAL HIPOCRACY"

They deserve better than a 1.5 per cent pay rise spread over three years and they shouldn't be asked to sacrifice leave to accept such a miserable offer.
1.5 per cent is a disgusting offer, it is insulting to the men and women who lay their lives on the line for us. This government is just plain mean, they should be ashamed of themselves.
These men and women serve overseas, they shouldn't lose some of their leave entitlements to satisfy a penny pinching government.
Everyone deserves a holiday especially people who are willing to die for us!
Days after Australian forces were committed to Iraq, some 57,000 defence force personnel were told they will have to give up some Christmas and recreational leave in exchange for this below inflation pay rise.
at October 11, 2014