Abbott gives Victoria to Labor. The Coalition in Victoria has been gutted by Tony's fumbled policies.

I was feeling alright 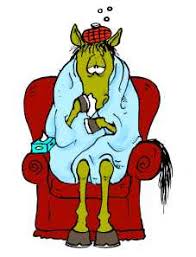 Labor was over the moon in Victoria, even before this election, why because they could see that every time Tony Abbott mentioned Victoria, Labor's vote went up.

Labor was always getting help politically from Abbott, his uncaring treatment of manufacturing in the state, then there was the budget, what a disaster that has been, slugging those that can least afford it does not wash in Victoria or indeed with any Australians. This was his gift to Labor.

Tony Abbott has built a government that does not appear to care about anybody, his front bench could easily fit into the higher echelons of the Gestapo.

There blundering efforts to save money is beyond belief, slashing research, the ABC, putting up Uni fees and then to top it off, he slashes the pay to our Soldiers just as we send them to another war.

Labor couldn't have asked for anything more.

Blind Freddy could have seen this coming, if the Coalition was a race horse we would be calling for an enquiry into doping because it was obvious that it was hobbled.

The Victorian Coalition government had a very competent and popular premier yet he never stood a chance, everything he tried was overshadowed by a his blundering federal colleagues.

Will the Abbott brigade learn from this, I don't think so, they will never admit they made a mistake, it's a fault in their DNA.

The next federal election could easily be a repeat performance, a one term Coalition government looks more likely every day.

They were a very effective opposition however they are now in government and they seem to have no idea how to be a government.

The press is now comparing them to the last Labor government, a government that gave the Coalition the gift of government by default.

Labor has learnt that behaving like an Abbott led opposition won't wash anymore, people are sick of attack dog politics. They are now showing a softer side, barking all the time doesn't work anymore.

Shorten seems to be playing it cool, by just letting the Coalition fumble on.
All he has to do is sit tight and watch them alienate more and more voters.
at November 30, 2014