ABC's death by a thousand cuts the work of political bastardry 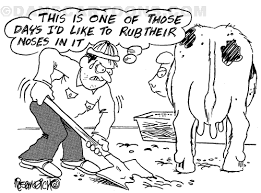 Australia and in particular rural and regional areas have had there voices ripped away by this government's slash and burn treatment of the ABC. THE VOICE OF THE BUSH NO LONGER EXISTS.

Abbott just doesn't care about the country areas, the big votes are in the big cities.

ABC's death by a thousand cuts the work of political bastardry: