NOW I HAVE NO PROTECTION 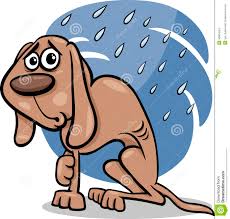 A DOG WITHOUT TEETH
The federal government's information watchdog, which is preparing to be abolished in weeks, seems likely to be spared by the Senate.

However even if they vote to save the Office of the Australian Information Commissioner, it might lack the ability to continue overseeing privacy and freedom of information law or encouraging public servants to be less secretive.

Attorney-General George Brandis announced in May the agency would close by the end of this year and its Canberra staff of  25 staff, will be left with only three and although 68 employees are in Sydney they work mostly on privacy issues.

Gutting the office was a surprise, the National Commission of Audit, had recommended the office should remain. The audit commission also urged the government to prioritize transparency.The information office's fate now rests with cross bench senators.

Submissions to the Senate have argued against abolishing Professor McMillan's office, citing the need for independent scrutiny of FOI (Freedom of Information)decisions without imposing extra costs.
It appears the proposal would weaken FOI and it comes from a government desperate to hide what it was doing from the Australian people.

This government loves secrecy, it seems they want the Australian people to know nothing see nothing and hear nothing. Except for the News Ltd's papers

Email ThisBlogThis!Share to TwitterShare to FacebookShare to Pinterest
Labels: Current Affairs, The Truth