Cuts to the ABC and SBS and yet they are throwing money at school chaplains. 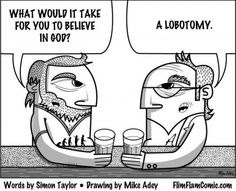 The Tony Abbott ideology at work, what's next?


While the Government can't find money for the ABC and SBS, it continues throwing it at school chaplains. There  are valid questions about the administration, ethos and very existence of the Government-funded Chaplaincy Program.

People are calling for a fundamental reshaping of the government-funded Chaplaincy Program in state schools. This is no minor issue for up to $700 million has been spent or earmarked for the program.
Valid questions have been raised in regard to the very existence, as well as the administration and the ethos, of the Chaplaincy Program. For example, the very existence of the current program has been challenged successfully in two separate cases brought to the High Court of Australia.
People are concerned that the proposed legislation will prevent trained non-religious councillors from being employed under the Chaplaincy program.

This will lead to the termination of employment for some 500 non-religious counsellors currently employed in schools. This is in the face of a recent New South Wales study that showed that professionally trained secular counsillors, employed in schools, produced better outcomes in regard to student welfare.
at November 27, 2014