I'd give load of shit to ride this bus. 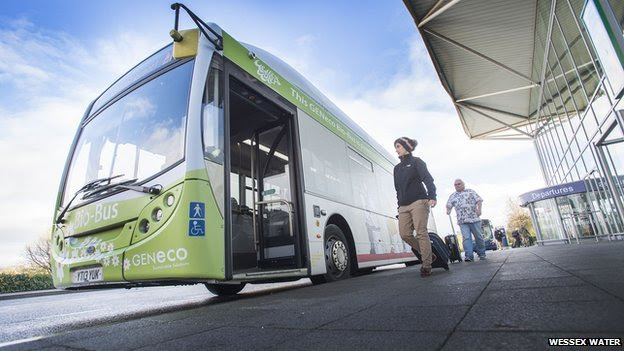 The UK's first bus powered entirely by human and food waste has gone into service between Bristol and Bath.
The 40-seat "Bio-Bus" runs on biomethane gas generated through the treatment of sewage and food waste.
The eco-friendly vehicle can travel up to 300km (186 miles) on one tank of gas, which takes the annual waste of about five people to produce.
It is run by tour operator Bath Bus Company and will shuttle people between Bristol Airport and Bath city centre.
The biomethane gas is generated at Bristol sewage treatment works in Avonmouth, which is run by GENeco, a subsidiary of Wessex Water.
GENeco general manager Mohammed Saddiq said: "Gas-powered vehicles have an important role to play in improving air quality in UK cities but the Bio-Bus goes further than that and is actually powered by people living in the local area, including quite possibly those on the bus itself."