The Coalition government and their power of entitlement

WE ARE THE COALITION
YES, WE HAVE IT!
"THE POWER OF ENTITLEMENT" 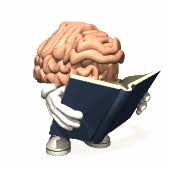 The Coalition always believes they are the only rightful government for Australia, they are entitled to govern so they say.
How does this power of entitlement effect them in government?

This sense of entitlement is crucial to understanding why people misbehave in high office … The sense which some powerful people seem to have, that different rules apply to them, its is not just a convenient smokescreen. They genuinely believe it.”

People with power tend to behave like patients who have damaged their brain’s orbitofrontal lobes, a condition that seems to cause overly impulsive and insensitive behaviour.
Thus the experience of power might be thought of as having someone open up your skull and take out that part of your brain critical to empathy and socially appropriate behaviour.”

I think this explanation of the power of entitlement describes the present government to a tee, impulsive behaviour and a total lack of empathy.

Email ThisBlogThis!Share to TwitterShare to FacebookShare to Pinterest
Labels: Coalition, The Truth