Scott Morrison a caring choice. He'll line up pensioners, the disabled and unemployed just like ducks in a shooting gallery. 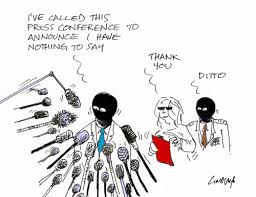 Abbott doesn't mention the word caring when describing Scott Morrison, I wonder why?

Tony Abbott's cabinet choice for Social Security minister heralds a tough time ahead for pensioners,the disabled and the unemployed.

If this is the new Team Australia they haven't learnt a thing about getting voters on side and selling their story.


Now Mr Morrison will have responsibility for child care and Mr Abbott's signature paid parental leave scheme along with all the issues associated with Social Security.
Morrison will steam right over the top of his staff showing any compassion and he may even arrange for some of his Sovereign Borders staff to transfer to his new battalion.
I'm waiting for his first press conferences, remember his portfolio contains the word "Security", he'll have a ball with that word if its anything like his last portfolio.
He sure as hell went over the top with that one didn't he, now he has another lot of defenceless people. He must think he's won the lottery.
"He is a very tough and competent political operator but he is also an extremely decent human being," the prime minister said.(mmmmm)
"We need good judgement in these areas and that is exactly what you will get from Scott Morrison."
Thanks a heap Tony, I think you've chosen a team that will ensure you are a one term government.
at December 21, 2014