Are robot cameras heading for the ABC, are robots already appearing in interviews.

YOU TELL ME WHICH ONE IS HUMAN 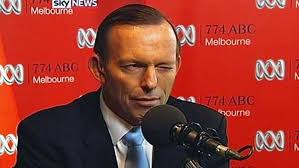 BBC using robot cameras, is this what will happen to the ABC to save money.
Maybe we could have robot interviewers, that way the Coalition could bring their own robot interviewer to every interview. At least we wouldn't have to put up with the whinging from the coalition.
The coalition already sends robot ministers, Now don't tell me they are not robots because I have studied them for quite some time and for the life of me, they must be robots, real people couldn't be that dumb.

The coalition must have got their batch on the cheap because they are all pretty similar, even the tone of voice and choice of words don't differ by much.