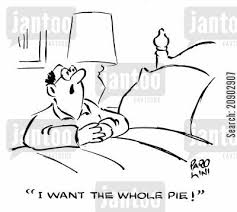 Medicare don't lie: it's affordable
A surprise, no, its all about ideology.This government thinks a system like America is a better.
Every figure you look at tells us that it ranks very low, and ignores about a third of its citizens.

This government is embarrassing, they are blundering around like fools, or should I say like chooks with their heads off.
They are being led to the slaughter by stupidity, a stupidity that has no logic, by treating us like fools they are becoming bigger fools,

We all know where blind followers of an Ideology can lead people, read the news, surely there are people within the Coalition that are not so fanatical. People that can see they that all they are doing is putting everyone off side.

Clever politics is something that seems to elude them all. If you want to try and change things you don't do it like a bull at a gate, there's a saying, if you want to eat an elephant you eat it a bit at a time.

This bunch may have already tried to eat too much too quickly and now they have indigestion that they will have to live with until the next election. The gas build up will probably be such that they will exude a smell so bad that no one will want to go near them.