Tony Abbott has heaps of self-belief, however does he have the substance to justify it?

A LEADER WHO CAN'T TAKE ADVICE IS NOT A LEADER 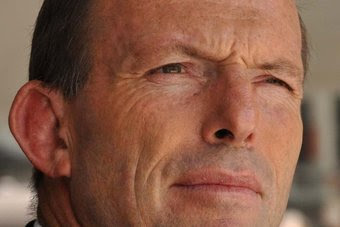 WAKE UP TONY OR YOU ARE A GONER.

Self-belief is a powerful tool in achieving success and there is no question that Tony Abbott has it in spades.

He was only in the seconds for rugby, something that did not sit well with him or his father who both believed he should have been in the First XV.

After average results at university and with the help of the Jesuit network, he headed to Oxford to take up his Rhodes Scholarship. A couple of games and he was dropped from the rugby team his prowess had been somewhat exaggerated.

It seems that he forever trying to show us how good he really is.
He was strong on physicality but short on speed or finesse, which has become blindingly obvious to us all.

Politics at Sydney University saw a youth straight from a Catholic boys’ school, given a platform to preach loud and long in his opposition to homosexuality and feminism. He also denounced contraception, saying its part of the “me now” mentality.

Apparently at the seminary, Tony was convinced that the Church was headed in the wrong direction and that he knew better, ain't that a surprise.

His belief in his own judgement has seen him surround himself with advisers who tell him what he wants to hear.

Experts are sacked, science is ignored, advisory panels disbanded and now we see oversight and freedom of information curtailed, journalists and the National Broadcaster threatened.

He is willing but lacks the skills. He attacks and blames but resents oversight and has never accepted accountability. He is apparently blameless at all times.

MAYBE HE CAN WALK ON WATER?