Big generational issues are confronting us, is it new, no! 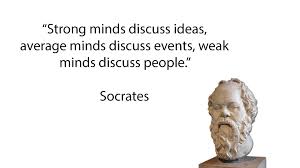 An opportunity lost
Based on an article by Mark Kenny


Back in 2007, Craig Emerson, then an opposition frontbencher, spoke to a senior government figure and proposed discussions around the big generational issues – the things likely to become burgeoning costs to the budget in its out-years and well beyond.

The idea, which was not taken up, was to see if there were matters on which agreement could be reached in the national interest and in the shared political interest of both major parties – given that either could, and probably would, be in office at various times in the foreseeable future.

It was an opportunity lost. Clearly the atmosphere since has hardened decisively, with an arrogant all-or-nothing government, an eclectic populist Senate, and a Labor obstructionist opposition seething with desire for revenge, and with its foot firmly on the government throat.

And here's why: one of many unfortunate sequels to last year's own-goal-heavy budget is that the word "budget" has become negative in its own right. According to ALP-commissioned focus-group testing, voters now read it as a byword for unfairness.

The government can't even talk about the budget at the moment without people immediately hearing unfairness and broken promises.

The result of this is indecision by both parties and no chance of a bipartisan approach to the problem. One thinks of government is business that should be run as such, meanwhile the other considers it only the province of government.

The answer of course lies somewhere in between.
at February 22, 2015

Email ThisBlogThis!Share to TwitterShare to FacebookShare to Pinterest
Labels: Politics, The Truth