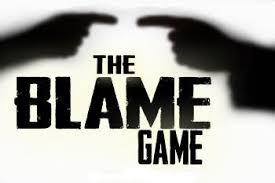 The death of these two would be sad, however lumping it all on Indonesia is short sighted.

For years our governments have talked about exchanging prisoners so that they serve their life sentences in Australia, particularly with countries where the death sentences exists, we appear to have done nothing about it.

As for for these two young men, I'm afraid they were well aware of the law in Indonesia when they embarked on this venture.
The reaction by the public is heartening to see, it shows the world we care, however should these sentences be carried out we should not take it out on Indonesia only.
Some of the blame lies on us, the AFP for the way they handled this case, the Australian government's, who have not done enough work on prisoner exchanges. It has been talked about for years and nothing has happened.
The government should, whatever the outcome of this misadventure learn a lesson from this episode, so that we can avoid having this happen again.
It is highly likely something similar will happen again and we don't want to be floundering around, threatening and playing the blame game again.
at February 24, 2015