Metadata: Keeping data is one thing however exemptions destroy the whole idea. 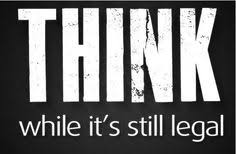 THEY CAN,T READ YOUR MIND YET, CAN THEY?
Storing data is a touchy subject and we all have views on the matter, how much or how little and how long ARE THE QUESTIONS WE NEED ANSWERS TO..

There is no doubt we the people will be paying for it, the telco's will find a way.

The government has some bypartisan support however we don't want to give away to many freedoms, for if we do they will never be returned to us. Big brother could be forever be watching us.


Australian communications businesses have questioned the effectiveness of the government’s planned $400m data retention laws, given that popular overseas-based services such as Gmail, Hotmail, Facebook and Skype would not be captured.
Other “substantial” exemptions from the proposed scheme include services provided within corporate and university networks and free Wi-Fi in public places.
The retention laws – described by Tony Abbott as “a very important piece of crime-fighting equipment” and necessary to avoid “a form of unilateral disarmament in the face of criminals” – would apply only to Australian-based telecommunications providers.
Under laws to be debated by parliament next month, telcos and internet service providers (ISPs) would be obliged to store customer records – such as the sender, recipient and time of emails and phone calls using the services the companies directly operate – for two years.
John Stanton, the chief executive of the Communications Alliance representing Australian industry, said “large gaps in the scheme” included details of interactions through widely used “over-the-top” services such as Gmail, Hotmail, Facebook and Skype.
at February 20, 2015