Super rich. Do we envy them or feel sorry for them. A bit of both is my guess. 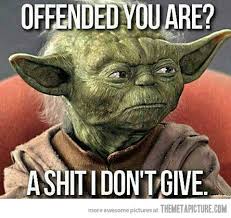 Alien people own a disproportionate amount of the worlds wealth.


The rich now live in their own Elysium-style(after life) biosphere. It's a floating bubble high above earth, connecting London to New York to Shanghai to Dubai via a chrome Business Class tube in the sky. They're in their private jets, helicopters, or penthouse suites, they occupy a space that mere mortals like us can only squint at from street level.
This separation makes it easier for them to accept the inequality of which they're a part - and puts them literally out of reach.
In this biosphere, they eat better food, go to better schools, wear better clothes, take better medicine, and thus breed a cleaner, richer tribe who will inherit our world.
They even breathe cleaner air. Several billionaires have their own mobile air supplies, which are pumped into whatever home they've decided to stay at.
If you have a property in Shanghai, for example, being super-wealthy allows you to avoid having the same smog-filled lungs as the rest of the city’s 14m inhabitants.
If you visit this Elysium, you'll realise that inequality is not about money, but an idea of wealth-engineered eugenics. In their minds, they are not only richer than the rest of us, but also “better”
It's their self-willed destiny, the super-rich believe that they're Masters Of The Universe, and the facts seem to bear them out.
They hold power in that quiet understated way "they are the ones that hold all the cards”.
This gives them something they can't help: an intolerance for weakness, they believe that those that can't reach their level are unequal in more ways than one.
Their wealth has made them suspicious and distant. It has dehumanised them, and there's nothing they can do about it.
Should we have empathy for these sorry souls that have found themselves trapped in this wealth cocoon.
No, I for one cannot feel guilt for lacking any empathy for these cocooned specimens. It is obvious from their self importance that they do not visit earth very often.