Tony Abbott shows us he's not just a slogan man, he's more than that?????? 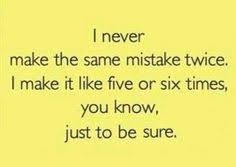 Then there's the courts, "there has been bail, should have been jail."
Sure he may release a beefed up package of security measures to stop us all thinking of his likely demise, will it work?

Abbott then had the hide to tell  Andrew Bolt his concentration on national security issues last year led him to neglect his backbench. Sorry Tony I don't think we buy that.
I was so focused on economic security issues, on national security issues, that I didn't have enough time to talk to my colleagues," Mr Abbott said.
Sources said a week away from Parliament would provide an opportunity to change the "national conversation" away from last week's party room meeting in which Mr Abbott survived an attempt by his party room to bring on a leadership spill. The feeling is that it will also give Tony a chance to show us a changed Tony.

Well can now see the momentous change,stop the boats has changed to "benefit of doubt"and "bail to jail"what next, the mind boggles, are we ready for more of the new Tony?