Investigative Journalism: Like it or loath it, could be killed if the parliamentary parties vote for present Data Retention bill. 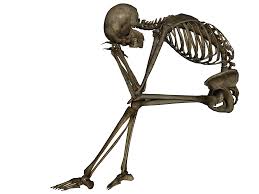 Investigative Journalism
What happened?
KEEP BIG BROTHER ON A LEASH!!
Based on an article by Amanda Meade

Journalism will be in dire straits if the bill present proposed bill was passed into law because people who made anonymous tips would no longer be willing to come forward.  Journalists have very, very grave concerns about how this will affect investigative journalism.
It will crush the free press and frankly I think that whistleblowers who are insiders in government or in corporations will definitely not come forward because their confidentiality and anonymity will not be guaranteed.
A journalist would have to say to them, ‘I have to give you some elaborate instructions to avoid detection: don’t drive to our meeting, don’t carry your cell phone, don’t put this on your computer, handwrite whatever you’re going to give me.  You have to use a drop point, and so on. It would scare the life out of people and put them off.”
Investigative journalism is part of the backbone of open and transparent government and western democracy. If we don’t have corporate or official malfeasance exposed in that way by courageous journalists and whistleblowers we’re really letting ourselves down.
at March 09, 2015