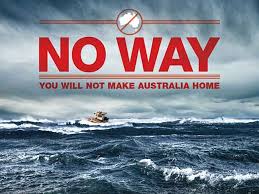 First there's no legal queue. The facts Australians get wrong about asylum seekers

Based on an article by Robert TicknerTalking about refugees and asylum seekers in some circles can be a dubious endeavour. Words like “illegals” and “queue jumpers” are ricocheting back at you, and you’re entangled in an angry debate.

The good ol’ welcome mat has yet to make it out the front doorstep for the small number of refugees and asylum seekers who arrive in this country. As the debate spirals on about the motives and choices faced by this vulnerable group, facts often lose out to fiction and speculation.
The public is pretty misinformed on some basic facts. 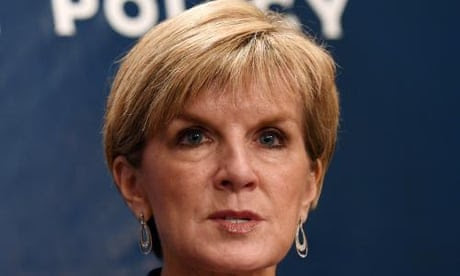 Read more
It’s not a crime to come to Australia by boat without a visa and ask for protection
Seven out of 10 people believe it is.

We found seven out of 10 people believe it is thanks to the propaganda of both sides of politics. They have demonised refugees to the extent that the smugglers seem to be no longer the main problem, although without them supplying the means, we would not have had deaths at sea or a so called refugee problem.
The truth is that it is not a crime to arrive here by boat without a valid visa and ask for protection. In almost 100 years working with people affected by migration – most of those who do so often feel it is their only chance of finding a place where they’ll be safe from persecution.
It is not  illegal to flee persecution, to cross borders without documents or passports in order to seek asylum – people have been doing it for centuries. Everyone has the right to seek asylum from persecution, which is enshrined in the Universal Declaration of Human Rights. Human rights are basic freedoms and protections that everyone’s entitled to.

We should be very grateful that as Australians we have never been faced with choosing to flee our country to a country that deals out such harsh treatment to refugees.
There’s no official queue for people coming to Australia seeking a safe place to live
Six out of 10 people think there is.
The United Nations process of resettling refugees in other safe countries doesn’t operate like a queue. It’s not a matter of lining up, waiting for your number to come up – this is not the supermarket deli counter. The resettlement system operates as a discretionary process, based on changing criteria. It’s more like a lottery than it is like a queue.
If this mythical global queue did actually exist, based on the number of refugees there are in the world, people joining the end might wait 170 years.