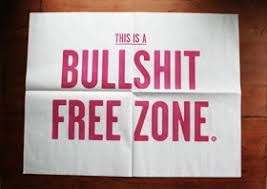 Why aren't Australians allowed to know what is being done in their name, the major parties seem to be at war, with each other, one trying outdo the other in toughness. Commonsense has long since left the battle field.

Meanwhile our reputation as a fair country is being trashed.

The boat saga has has turned into an unstoppable juggernaut of secrecy, we Australians are being portrayed as harsh uncaring people. Now the caring people who work in the detention centres are being gagged, both parties should be ashamed.

The only conclusion that can be drawn from such secrecy is that these places are hell holes, they probably are not, however if everything is kept hidden how do we know.

These secrecy laws are self defeating and damaging to Australia.

Doctors working at any of Australia’s off-shore detention centres can't tell us about injures or conditions for fear of being jailed for two years if they ever speak.

Both Labor and the Coalition passed a newly-enacted law which has made it a criminal offence for ‘entrusted persons’ to record or disclose information from these centres in certain circumstances.

There are exceptions, but members of the legal profession have warned they do not go far enough.

The law passed through parliament quietly and almost secretly on May 14, only the Greens opposed it. Doctors are not alone many other personnel risk prosecution. The secrecy provisions could apply to consultants or contractors employed at a detention centre.

“The effect of these provisions will be to deter individuals such as doctors, counsellors, and others who have voiced publicly their concerns about conditions endured by asylum seekers in detention centres from collecting information about those conditions and then raising their concerns in the community via the media and other fora,” the Australian Lawyers Alliance said in a statement.
at June 06, 2015