Australians: Are we obsessed with anti-terror laws? Should we have a Federal Bill of Rights? 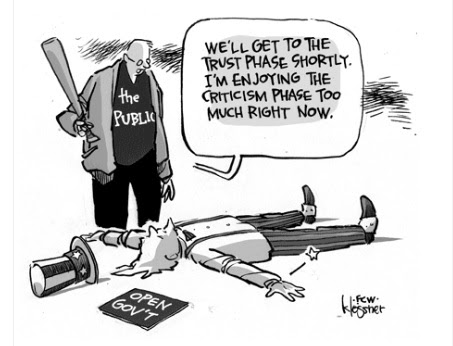 Our obsession with anti-terror laws, should they be tempered by a Federal Bill of Rights.

My take on an article by Fergal Davis

In Australia are we ‘hyper-legislating’ are we obsessed with anti-terror laws.
First the Parliament enacted the Foreign Fighters Act to enable the prosecution of those who fight with terrorist organisations overseas.

This week we have the right to revoke citizenship to tackle the same problem.
We seem to be addicted to the thrill of enacting these laws. These laws are often draconian and unnecessary.

Uniquely in the Western world, Australia does not have a Federal Bill of Rights however a Bill of Rights is no magic bullet.The absence of such a bill means Australian governments are uninhibited by concerns about the courts striking anti-terror legislation down. Our High Court of Australia has upheld indefinite detention and the retrospective application of criminal law.

The legal framework to give the government pause for thought when it considers how to balance the need for anti-terror laws with human rights is nonexistent.
Australian politics is divided into two main blocs, it prevents adequate scrutiny of anti-terror laws.

To avoid being accused of rolling out the red carpet for terrorists opposition parties can quibble with the detail of legislation but ultimately are compelled to back the proposals.

In Australia, backbenchers don’t revolt. They toe the party line. On national security the party line of both parties is the same – so the voices speaking out against any proposals are marginalised.

So are we ‘hyper-legislating', probably so, because it is politically advantageous to the party in power. Making Australia safe is powerful mantra and both sides of the political spectrum use it.

Any concessions made to this latest bill can be traced to Malcolm Turnbull’s statement: “Well every law has to comply with the Constitution.”

Therefor a constitution with no Federal Bill of Rights always leaves the door ajar for less scrutiny.