Getting power from wind, how awful. Coal is the future, says The Abbott of Australia, this a visionary???? 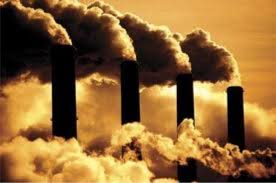 Wind, how awful. Coal is the future says The  Abbott of Australia, this our futuristic visionary leader?
Based on an article by Sarah Martin.

Tony Abbott says the government has done its best to slow the growth of wind power, but has to continue subsidising the sector because of the dastardly Senate.
These wind turbines as “visually awful” and noisy, says Abbott the government wanted to further reduce its support for the renewable sector. Why because Smoke stacks and CO2 are better for us????
“What we did recently in the Senate was ... we reduced the number of these things that we are going to get in the future,” hooray for us he told 2GB radio.
“I would frankly have liked to have reduced the number a lot more, but we got the best deal we could out of the Senate, and if we hadn’t had a deal … we would have been stuck with even more of these things.”
So now we can have more coal powered power stations??????