Joe Hockey not long ago was saying the end of the world is nigh. Now everything is rosy? 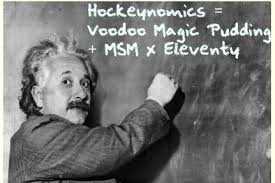 Do we really care what Joe says anymore, can we believe him.
First he frightens us to death, we are in dire straights, now he is telling us he was a clown a few months ago.
(mind you I believe his description of himself)

The March GDP figures released yesterday showed growth in the first quarter of this year was 0.9% in seasonally adjusted terms and a slightly more sober 0.6% in trend terms. Joe Hockey, as a treasurer must, talked up the figures, suggesting they were “a terrific set of numbers”. He also suggested that those who believe there are “dark clouds” ahead for the economy are “clowns”.
at June 04, 2015