Turnbull turns down Q&A, does he? Is he turning into an angry gnome like the top Gnome or top dog.


IF SPEECH IS FREE HOW COME WE CAN'T AFFORD IT

Communications Minister Malcolm Turnbull has turned down appearing on the ABC's Q&A, after Victorian MP Alan Tudge pulled out over the Zaky Mallah saga.

Mr Turnbull denied there was a coalition government boycott of the show following last Monday's appearance of Mallah, a former terror suspect and convicted criminal WHO SHOWED US ALL HOW STUPID HE WAS.

Malcolm has started of a review into events leading up to the live broadcast.

"They actually approached me and asked if I'd go on, and I declined also," said Malcolm as he stood alongside Mr Tudge, the prime minister's parliamentary secretary, in Melbourne.

Malcolm, Malcolm have you become just another ordinary gnome, I have always thought of you a special gnome, a gnome that would withstand the huffs and puffs of the big dog.

My faith has been shattered, mind you, you could redeem yourself once you have reviewed the so called 'fact finding mission' and found it all to be a storm in a tea cup.

Remember errors of judgement have been common among the ordinary gnomes on both sides of the house on the hill. Yet no gnomes have been hung lately and some have almost committed a mortal sin, 'a leak'.

The ABC is our friend, like all friends we have tiffs, this is not worth the huge aggravation. 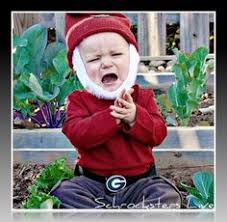