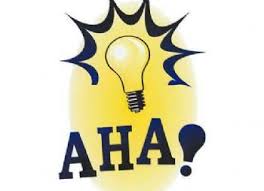 "A new government policy"
Based on an article by Noel Towel

Government cracks down on tea and coffee.
How to win the hearts and minds of your employees?

A cup of tea or coffee for a public servants is no longer considered "business catering" at Industry Department.

"The following examples are not considered appropriate, and would be a personal expense: coffee, tea and sugar supplies purchased for use by departmental officials (e.g. for the department's conference/meeting/training rooms or kitchenettes)" the instructions state.

"This excludes the provision of milk."

But coffee beans for departmental issued coffee machines for use by departmental officials are considered "business catering" and will be paid for out of official funds.

Cups of tea for volunteers who work for free at the national science exhibition centre Questacon are also safe from the bean counters, the guidance makes clear.

But coffee and tea at team meetings at cafes also make the banned list, along with gifts for public servants moving on or retiring from the department and pot plants or flowers for the office come under the heading "personal decorations" and are not to be billed to the taxpayer.

There are rumours that departments should investigate pay as you go toilets. Urinals which could be connected to the flush system to determine how much water is used.
This could be deducted from peoples wages, also BYO toilet paper should be considered.