Malcolm Turnbull, I wish him well and I don't vote for him.

Thank god something was done about Tony Abbott he was an embarrassment to us all, I'm afraid he'll never get a knight hood. 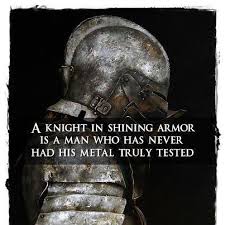 Well we've got the Malcolm the everyone wanted, of course we don't know if he is the Malcolm we really want until he shows us his real face.

We have all seen his style already, he's likable and appears friendly, but is there another side lurking in the background. We'll have to wait and see.

As for the future, he's got a hell of a job in front of him, trying to balance the extreme right wing with the small "L" liberals.
Yes if he wants to succeed he has to do just that, the recent past has shown us that using a sledge hammer to push through ideas is sheer stupidity. He's got to attack the big jobs bit by bit, just like you would eat an elephant "slowly". If he can manage to provide a plan with foresight and equity that is salable in the long term he could be there for a long time.

Bill Shorten has a real fight on his hands, is he up to it, I think so, who'll win the contest. Whoever has the best middle road plan and who is the best salesman. We've yet to see which of these lads can play the cleverest game.

One thing is for sure, politics in Australia has just become a lot more interesting.