A few of my modifications to John Grace's article
in the Guardian.(Sorry John) 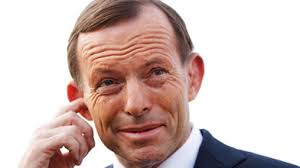 (My border policies might stop me returning to Australia)
It’s great, you know, thing to have been asked to give the second annual Maggy Thatcher talk here in London, England. As most of you will know, Mrs T was a sheila(although some say she was a bloke).

Anyhow, she managed to rise above that disability and she bombed the shit out of the Argies and took back the Falklands for Great Britain while managing to piss off most of Europe by doin it.

She was the kind of leader every country needs. As far to the right as she could go.

Some people here – those of you who have some idea of who I am – may regret that I only got to be the greatest Prime Minister Australia has ever had for two years.
Well, let me tell you I was, I'm bloody proud of what I achieved for Australia in those two years. Bibles and onions for all school kids and a knighthood for Prince Philip. What country could ask for more?

Now let me tell you'se this. When I was prime minister I didn’t tell you guys how to run their international relations I just lectured Australians on the subject continuously.

But hay, I’m now at a bit of a loose end and I couldn't pass up the opportunity of a free flight with free onions to watch the Wallabies give the Kiwis a kick up the arse in the rugby World Cup final?

Anyhow do you know why Australia is so good at rugby? Well mates let me tell ya.

It’s because we closed our borders on every damn illegal immigrant who came within 100 metres of our shore even if it was a sandbar.
Yep,every foreign bludger who turned up pleading persecution in their own country was sent back to somewhere else, actually anywhere we could send them, I mean anywhere!

Now if you Brits want to get good at rugby again you’re going to have to learn to do the same thing.

Now here’s the problem with Europe. You’re just a bunch of wankers and pussies. You’re too bloody nice to foreigners. Every time a loser turns up at your borders whinging about how hard their lives are, you fall for their sob stories. Let me tell you straight. You gotta be mean and man up, before it’s too late.

Jesus himself once told me in person, if you don’t look after number one then everyone else will just take advantage of you. Always put yourself first like the bible says.

Anyhow sometimes you’ve gotta be cruel to be kind. Once hundreds of thousands of them die they will realise they were better off dying, don't matter where they came from.

Now it may take some getting used to and gnaw at your conscience if you unfortunately have one, but take it from me, you’ll soon get over it.

The problem wasn’t that the west created too many wars, but that it didn’t create enough. We should have taken out every country in that part of the world while we still could. Bomb, bomb, bombety, bomb.

I love England you know, bloody hell I was born here. I'm here to tell you, if your short on leadership, I'm available.