The future of Australia's park lands, are they all going to become pay as we use?? 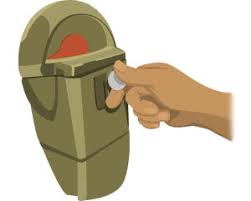 Unsafe behaviour: Barangaroo Reserve will soon be off-limits for kite flyers, soccer players, fishers and musicians.
The city's newest park, Barangaroo Reserve, has attracted 200,000 visitors since August. But kite flyers, soccer players, fishers and musicians will find it off limits from this weekend.
Anyone wanting to hire exclusive use of Barangaroo's foreshore lawns, coves and walkways for private functions, however, is welcome – if they are prepared to pay.
The Barangaroo Development Authority wants to generate $1.5 million a year by emulating the commercial program of the Botanic Gardens.

Former prime minister Paul Keating spoke of his vision for the new public space when Barangaroo Reserve opened to the general public in August. Photo: Dallas Kilponen
Regulations published on Friday allow any part of Barangaroo Reserve to be closed for private functions, including sporting activities, parties and commercial activity.
Its website lists a dozen outdoor areas for hire as "venues". Members of the public will be kept out with a $100 fine.
Former prime minister Paul Keating has famously attacked the commercialisation of the Botanic Gardens through event hire.
Opposition Leader Luke Foley says the "sacred principal" of Barangaroo, envisaged by Mr Keating as a naturalistic headland, is at risk.
"If they whack up a big marquee and hire it out for ritzy parties, that is at odds with the foundational decision of the Carr government," he said.
"The sacred principal is that 50 per cent of the Barangaroo site has been reserved as public space. That was the great and enlightened decision of the Carr cabinet. Any program of private events that would restrict public access to Barangaroo will be a fundamental breach of that important policy decision,"