Malcolm's broad church needs some major repairs, it has more than just a leaky roof. Its becoming very ordinary!

Malcolm could be in need a mediocrity control firm.
If it spreads it could be the end. 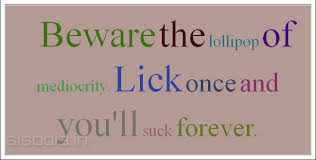 In USA:-  Can a former prime minister preach against abortion and gay weddings in the 21st Century? Tony Abbott can—Does he come from Uganda?mmmm(Sorry Uganda)
Oh Tony, you could be banned from the United Kingdom just like Trump and Trump may be the next U.S. president?  Maybe you think copying Trump's linguistic skills will make you PM again?  Don't think so!
Where does this leave Malcolm Turnbull? The head of a so called "a broad church", it’s a very strange religion?
He's got Barnaby Joyce he wants to kill a pop star’s dogs?
His deputy, she wants to search the seven seas for a crashed aeroplane with no survivors, spending half a billion dollars and she wants Putin to order his own arrest.
How profession are these people, its mind boggling.

Yep this is Turnbull’s "broad church".
Morrison well he has been called a pirate, a kidnapper, a people smuggler and now there's a question of, can he add up?
We have Dutton, who wanted Triggs gone because she let Save the Children tell the truth.The truth what a horrible thought!
Of course once we had Hockey, who abolished the car industry, how clever. When told it would cost 200,000 jobs he said he hoped it was "creating jobs"?
at January 27, 2016