Future hit men arrive in large numbers to take out Trump and save the world.

This is not a movie: Psychiatric hospitals filling up with time travellers sent back to kill Donald Trump 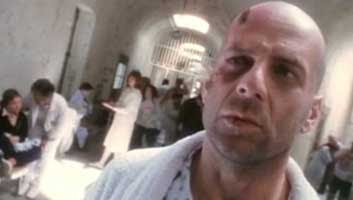 Psychiatric facilities across the United States are at breaking point after the number of people claiming to be sent from the future to stop Donald Trump reached epidemic proportions.
New research has shown that every ten minutes someone claiming to the from the future sent back to save humanity is admitted to a hospital somewhere in the US.
Dr Simon Williams told us, “We’re struggling to cope to be honest. We’re constantly booking people in who’ve been arrested before telling police they are on a secret mission from the future, and have to save the world.
“It used to be ‘I’m Napoleon’ – but not any more.
“To say you’ve been sent from the future to stop Donald Trump is a very unusual psychological delusion, especially to be suffered by so many people, with such a similar stated aim.
“They all say the same thing, they come from a future of riots, war, famine, the collapse of civilised society, and then being sent back to ‘make it all right’.
“I mean, it’s almost like they’re telling the truth and for some unknown reason the future is getting increasingly desperate to stop the rise of Donald Trump and the end of the world he will inevitably bring about.
“He can’t be that bad, can he?”The future seems to think so?
at May 08, 2016