Mobile phones are killing us???? Or taking over???? 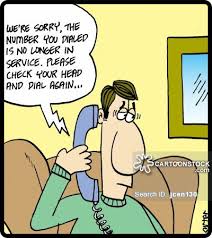 Take your hand off it for a moment.
Written by S.W.T.Read
Based on an article by Garry Linnell

Please take your hand off it.
Hard to do, yes I know! The damn thing is the bane of my existence as well. It's like being the better half of an evil siamese twin. No matter where you go it's always with you, nagging, nudging, distracting and, even worse, playing with your mind.

The modern mobile phone has only been with us for little more than two decades but it has already become the first invention in more than 600 years that we carry with us everywhere.
An English professor of science and technology has pointed out, clothing and shoes were the first essentials of daily life and they were devised presumably very quickly.

However for something that has quickly become so ubiquitous and so necessary that a medical term – nomophobia – has been coined to describe the anxiety felt by a user who has lost their phone or is out of mobile range.

We still don't know with absolute certainty whether the device that has proved on countless occasions to be a life saver also has the ability to kill us.

Perhaps this is the first step towards turning us all into robots. First make us dependent then have them inserted into our bodies, like a drug we then feel as if we can't live without them, we are then programmed while we sleep.And then................