Has arrogance set the scene for the break-up of the UK?

An arrogant, ill-starred gamble for partisan advantage, the Conservatives have destroyed the very thing they supposedly stand for. 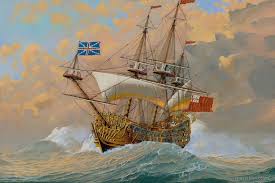 The decline in respect for British institutions by the Conservatives has also been on full display.
First, not least was David Cameron’s willingness to risk the union’s survival.
Twice- 1st in the Scottish Independence referendum, and then, probably fatally, in the EU membership referendum(Brexit).
The Scottish National Party (SNP) leader and first minister of Scotland, have already signalled that in all likelihood they will call another referendum.
2nd-The leaders of Sinn Fein, meanwhile, are calling for a referendum on Irish unification. In time, we will now quite probably witness the break-up of the UK .
In less time than many probably anticipate, the angry citizens who voted Leave EU in the hope of a change in circumstances will realise they have been sold a dodgy bill of goods in order to transfer power from one bunch of born to rule toffs to another.

Then you'll ask why you remain in low-wage jobs, why your children still can’t get on the housing ladder, why life remains insecure. And now you have no Europe to blame.
You'll inevitably look closer to home for their scapegoats. When that happens, Theresa May the new leader and prime minister will in the new year find that the ties that bind you all have stretched painfully thin.

The blind and total faith in trickle down economics and the market has led to people becoming consumer units, nothing more.

The result has been that the people will vote for whatever looks a little different eg. Brexit and Trump in America. Is this really the change that people are looking for, I doubt it.

Good ship UK, I wish you and all who sail in her, good luck and a safe trip, you sail into uncharted waters.
"May the force be with you".

If your lost Remember your always welcome in Australia.
at December 31, 2016